Heather is an artist, producer, and community builder.  As a storyteller, She’s worked as lead producer on music videos, promotional content for non-profits, and an award winning documentary.

As a fifth generation islander, Heather’s Stage Management career began on an island off the Gulf Coast of Texas in her middle school theater and led her all the way to Broadway, working some of the industry's most acclaimed shows from Rock of Ages to Next to Normal and Avenue Q.

Prior to her career on Broadway, Heather worked numerous years as Stage Manager for Rosie O' Donnell's R Family Vacations LGBTQIA+ annual family cruise, served as Company Manager for Paul Newman's Hole In The Wall Gang Camp, has produced and managed major events for clients such as Nike, Apple, Heineken, Macy's, ABC, and served as a lead producer for the 2009 Presidential Inaugural Ball in NYC.

In 2017, Heather was entrusted with the distinguished position of Pipe Holder & Fire-Keeper in the Native American Tradition and is currently training in Shamanic Vision Quest leadership in Bear Heart’s tradition.   Heather is trained and practices as both a birth and end-of-life doula and, as an ordained minister, has officiated several weddings for beloveds.

Exceptionally passionate about community and interpersonal connection — and with a burning desire to give humans a permission slip to set down their devices and dive into meaningful conversation — Heather designed and co-created Dive In Deck | Cards to Ignite + Inspire Deeper Dialogue.

A homegrown graphic artist, Heather began teaching herself photoshop about a decade ago and continues to evolve her understanding and love of design and branding through making dope art with stellar + creative humans.

As of 2016, Heather holds the full-time position as Faculty Production Stage Manager at The Julliard School. 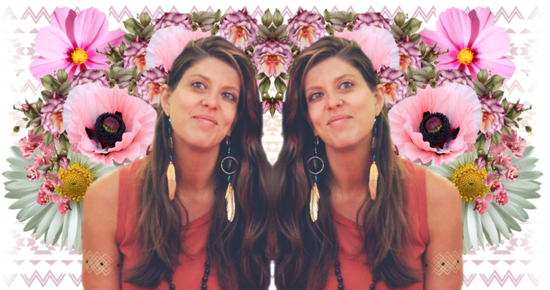 always courting : the other side of the veil.  muses - all the muses. the deepest inhale.  the beat to dance to. guerilla-style adventures.  intuition. magic in every shade of glitter.  full-throttle freedom. friendly curiosity.  wisdom + inspiration.

prefers : girl drinks in a masculine glass. stairs to elevators. pedi cabs to car services. the mystery to the KNOW. audacity to rule-following. shedding inhibitions to playing it safe.

like the honeybee, the sage should gather wisdom from many scriptures.